And The Broken carries on legacy of Emerald Park

After releasing their EP "Basement Sessions" in early 2020, one of northern Europe’s most successful bands releasing music under a Creative Commons license – Emerald Park – decided to transform and direct their musical efforts towards a new band called And the Broken with Tobias, Conny and Måns of Emerald Park plus two new, amazing guitar players and musicians - Linus Lindvall and Johan Hellsten.

You'll probably recognize the vocals and perhaps some melodies but this time the music was recorded in a different way: while Emerald Park preferred recording in a studio, all new songs of And the Broken were recorded during rehearsals. The music is organic and mostly based on drums, base and electric guitars with focus on vocals and backing vocals.

Over the next months the band will be releasing a series of singles and EP before publishing a full-length album in 2022. 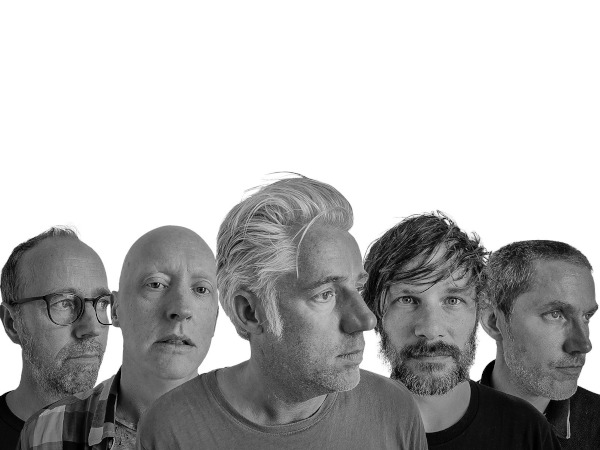 Malmö, September 2021 (the year of the panther)

Older but not necessarily wiser, and sometimes ailing. Unlike garage rock luminaries "? and the Mysterians", the latest addition to the Malmö music scene - And the Broken - skips the flamboyant lead character altogether. Each of these seasoned musicians and songwriters hailing from bands like Emerald Park, Björn’s Vänner, Golden Kanine and Chunks/God Grows His Own manage to steal the spotlight.

Influences? Anything from Alice Babs to Alice Coltrane; Beachwood Sparks to Big Star; Yung Lean to Old Dirty Bastard (however, if you asked any member of the band face to face, it would probably take less than five seconds before either Wilco or Teenage Fanclub were mentioned - so much for trying to be hip).

The recordings for the, yet unnamed, debut album began in earnest during the winter of 2020-21 after a small lineup change and the stunning debut double A-side single "Yellow EP" and the follow-up "Red EP" are available NOW at the usual streaming sites and download platforms.