A new cycle begins for the German film composer Jan Weber who returns with the album “Poems of An Extinct Species” of his project ART NOIR after a decade since the album “Silent Green”.

Diagnosed with the neurodegenerative disease Amyotrophic Lateral Sclerosis (ALS) in 2015, Jan had just begun to lay down the framework for the album, when he was still able to move his fingers. With the loss of voluntary muscle movement slowly progressing, he needed an assistive eye-tracking communication device to complete the recording over the following 5 years. The production, mixing and mastering of the album was later supported by Thomas Navas (Lost in the Void) and Stefan Vesper (Steve Dragon, In Strict Confidence).

The album unfolds a compelling and intellectually stimulating story through Nadine Stelzer’s ethereal voice and thought-provoking lyrics that challenge the confines of our current perceptional reality. Enveloped in an anthropological-ecological mantle, it explores the vulnerability and concomitant wound-inflicting ability of the human species, invoking imagery and imagination of what was, what is, and what may be. Jan Weber, with his indomitable passion for producing and creating worlds, is the epitome of the strength of the human spirit and an inspiration to everyone.

In a century where unprecedented technological advancements engendered devices that have become indispensable extensions of our motor and sensory systems, “Poems of an Extinct Species” is an ode to the multidimensional and adaptive human-nature interrelationship through time and space.

The album was released on CD and as download on January 29, 2021 by Aenaos Records.

Until the end of the year, we offer the 'End Of I' media book by Art Of Empathy for a special price.

Get your own, unique copy here: https://www.aenaos-records.com/products/666877

A new cycle begins for the German film composer Jan Weber who returns with the forthcoming album “Poems of An Extinct Species” of his project ART NOIR after a decade since the album “Silent Green”.

“Poems of an Extinct Species“ is an ode to the multidimensional and adaptive human-nature interrelationship through time and space in a century where unprecedented technological advancements engendered devices that have become indispensable extensions of our motor and sensory systems.

“Sounds and voices guide you through unknown landscapes. You will meet playful and strange beings there.

Observe them as invisible visitors to a ritual site…

Where are you? What do you see?

Dive deeper. Access to the inner core has been granted.

“Thorns and Lilies” is the first single from the new album and is set for release on October 23rd, 2020 (10am CEST). The single will be available in all digital platforms worldwide accompanied by a music video produced by none other than Dennis Ostermann (In Strict Confidence).

Album pre-orders can be made at: http://bit.ly/anpoemspreorder

For the first time in the band’s history the Swedish Indie Rock / Shoegazers Principe Valiente published a cover version of a song. While working on their new album, the band were asked to contribute an interpretation of an 80’s commercial hit song for a compilation. When the compilation fell through the band decided to publish the cover version independently with their German label Aenaos Records.

“Broken Wings” is now available for download and streaming on all major platforms worldwide. 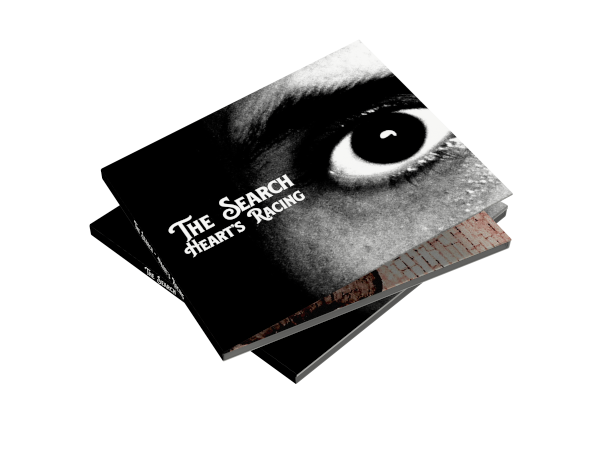 Only 6 months after the retro-inspired, two-album journey of THE SEARCH came to an end, the band are publishing their new Indie Rock record "Heart's Racing" on September 25, 2020. As in the previous two albums, Razmig Tekeyan wrote, recorded, and mixed the complete album himself.

"Heart's Racing" is formed by old ideas blended into new songs within the well-known THE SEARCH framework that has Razmig’s singer-songwriter abilities as its core. Trusting his intuition, he brought the guitar back in the spotlight and the result bears a passing resemblance to the highly acclaimed album “Staying Alive In A Country Industrialized”; more distorted guitars, fewer synths, sparse acoustic parts, inspiration drawn from songs such as “The Warrior” by Scandal, “One Night Love Affair” by Bryan Adams, and “Your Love” by The Outfield, are few of the ingredients that make up the no less than 18 tracks of "Heart's Racing".

The album is about ambition versus inhibition, desire in contrast to reality and those moments when the heart is racing but the mind is resisting. Framed by “Saturday Night” and “Tell me I’m not alone”, the work includes a homage to the band Pulp (“Ghosts”), while the bass and drums in “In my restless Dreams” are inspired by an old The Search track called “Panic Attack”.

“The listener can expect a dynamic album of punchy sing-along pop songs, acoustic tracks, mid-tempo rockers, and the odd bit here and there.” (Razmig)

And who knows what the future will bring since THE SEARCH became a band once again shortly after “Heart’s Racing” was recorded; Razmig along with Viktor Thylwe (Guitar), former long-time member who has now returned to the band, Johann Bernövall (Drums, Ex-Light In Your Life), and Eric Nyberg (Bass, Ex-Light In Your Life) are already back in the rehearsal room…