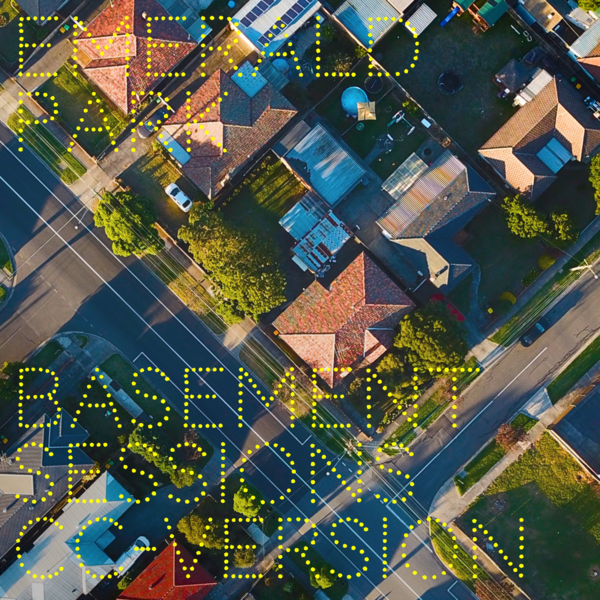 The easiest way to describe Emerald Park of 2020 is as a collective where singer/songwriter Tobias Borelius is in the centre and pulls the strings. Different producers and studios have been involved in the making of Basement Sessions during the last year. This has resulted in 4 songs with different identities but the vocals, lyrics and the emotional state in the songs are al the same. You will recognize the constant melancholy but somewhere around the corner happiness is in reach. The lyrics are all about the feeling of being misplaced and searching for something else in life. Or maybe the grass isn’t greener on the other side? 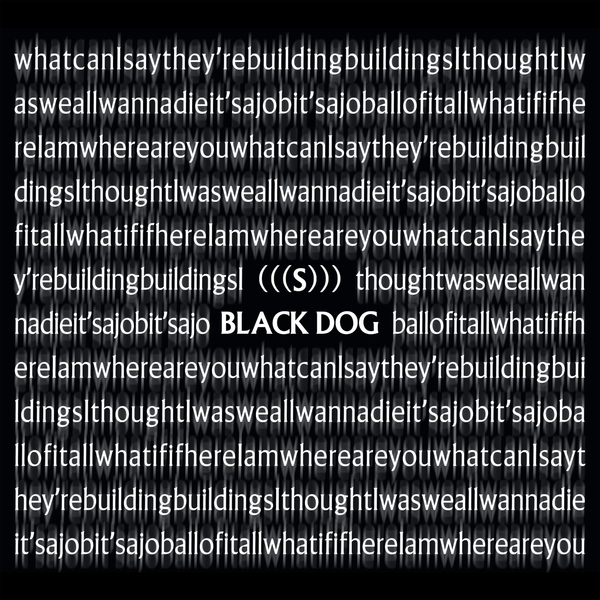 The mysterious (((S))) returns from the cold and windy streets of Copenhagen with the brand-new album “BLACK DOG”. 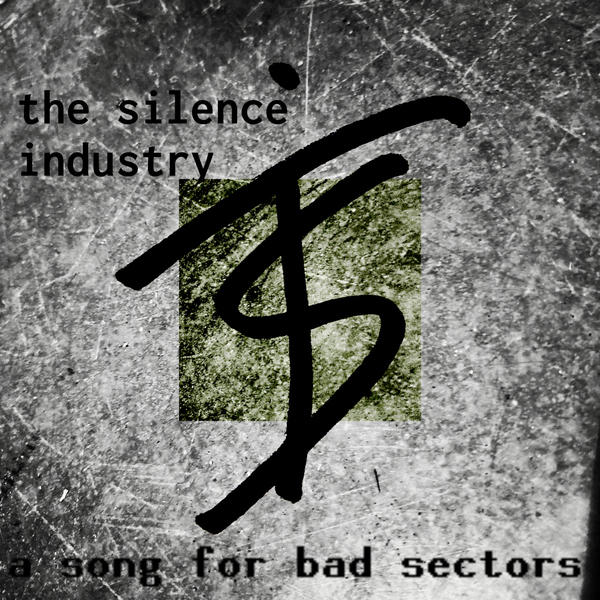 3 years after releasing “the hidden album (~/.tsi/)”, the Canadian project THE SILENCE INDUSTRY is back with the new album “A Song for Bad Sectors”. 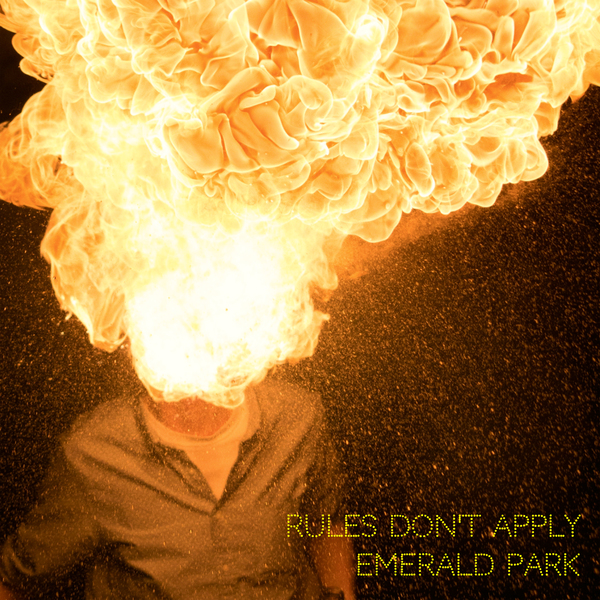 One of Northern Europe’s most successful bands releasing music under a Creative Commons license, Emerald Park are back after about 4 years of silence. Emerald Park found their audience on the dark side of the internet when they released the album “For Tomorrow” (2008) as a free download back in 2010 – a choice that has given them almost 8 million listeners and over 1 million downloads at Jamendo.com. Thousands have also enjoyed their music in commercials and YouTube videos with various themes. This success brought Emerald Park to the Midem Festival in Cannes and led them to gigs in London (The Cavern), Hamburg, and Amsterdam – just to name a few. 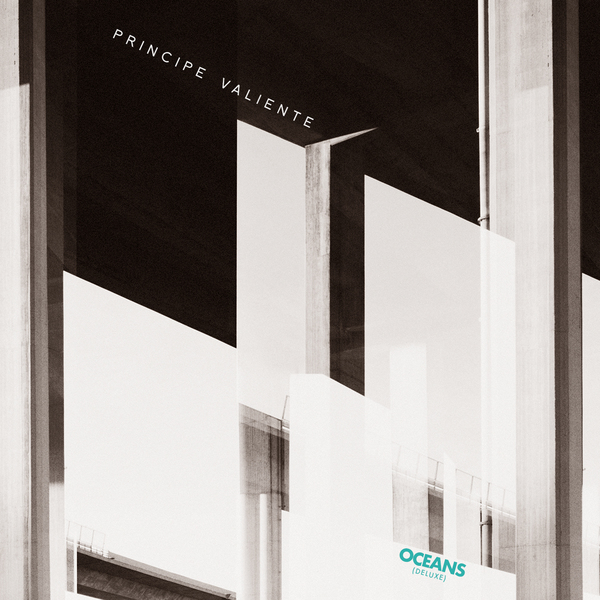 On 21st of June, 2019 we will be reissueing Principe Valiente’s highly acclaimed album “Oceans” originally released in 2017. The new special edition comes in a redesigned 6-panel-digipack with all original recordings plus all remixes and versions previously only available as download remastered by Tommy Steuer at TS-Musix Studios, Leipzig (Germany). 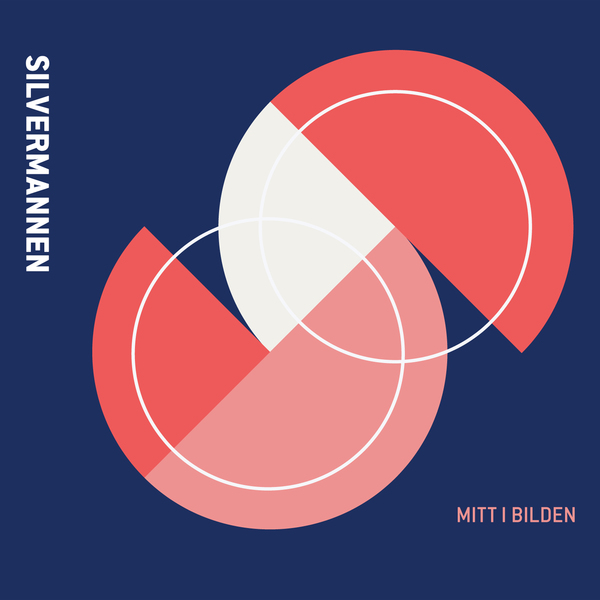 Silvermannen is the solo project of Emerald Park’s1 singer and songwriter Tobias Borelius. His new musical journey “Mitt I Bilden” (“In the Middle of the Picture”) gives an insight into his life: while the body resides in Malmö, the heart remains in Småland.

The Swedish lyrics are rich in personal issues and experiences. In “Öland” a relationship is in crisis and in “Kullarna” it gets resolved, “Gryning” focuses on the stress of the everyday life, and “Mr. Hyde” shows the dark side that can surface when this emotional strain becomes overwhelming. The lyrics also deal with social matters, as in the songs “Vi Kan Vänta” (“We Can Wait”), which is about children with autism, and “Tidigt i May” (“Early in May”), which is a statement for humanity sprung from the neo-Nazi demonstrations before the last elections in Sweden.

There is no easy way to define Silvermannen or assign the compositions to a genre. Highly influenced by artists like Peter Gabriel, David Bowie, Yazoo, and The Church, Tobias found his own unique way to express his creativity and feelings in his music. 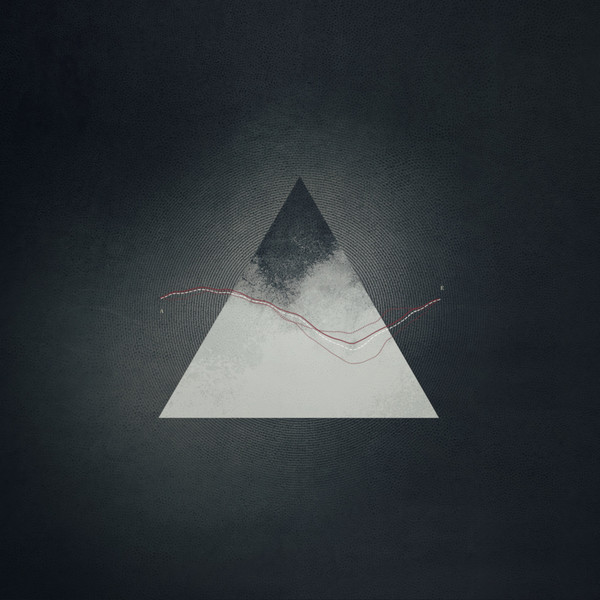 KASBEK is the essence of the band´s last two years and, at the same time, an analysis of its history without sounding retrospective or backward-looking. In fact, quite to the contrary, with songs like “Oblivion”, “Vento”, “Sleep” or the enchanting “Dust & Dew” (a duet with Canadian Shannon Hemmett, vocalist of bands Leathers and Actors), which are acoustic derivatives, owning all that the GOLDEN APES’ sound is made of but unique in their own right…for being further, more resolute, deeper…soaked with that unique aesthetic and subtle grandeur.

Anthemic, dark, elegiac, disturbing and yet somehow soothing… KASBEK is a lot of things, but mainly it´s a statement of a band, which made itself a present and gifted us in the end… 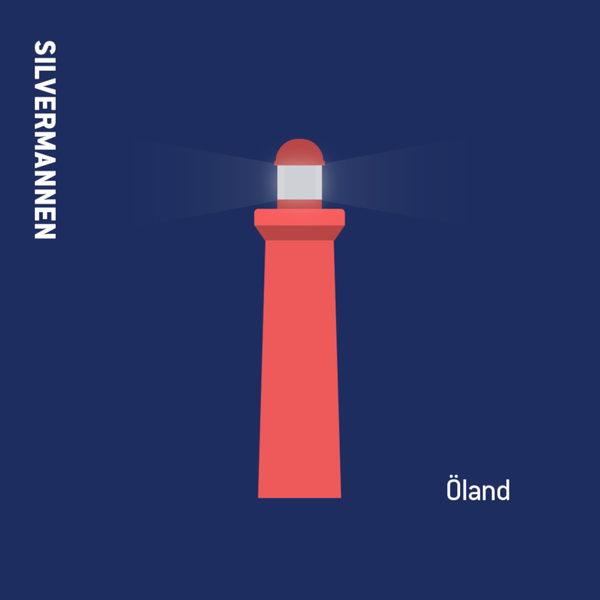 Silvermannen has begun his journey. He moves slowly through a beautiful and lonely soundscape with “Öland” marking the beginning of his story, one that began many years ago on a cold spring day.

“Morri”, the second song on the single, is inspired by Ennio Morricone and in its 2-minute time length it works as a time-machine for the story, bringing the listener back to the present.

The National Swedish Radio P3 played the previous single “Mr. Hyde” and referred to it as “groovy and weird”, in a positive way. “Öland” and “Morri” are the opposite - melancholic and uniform. 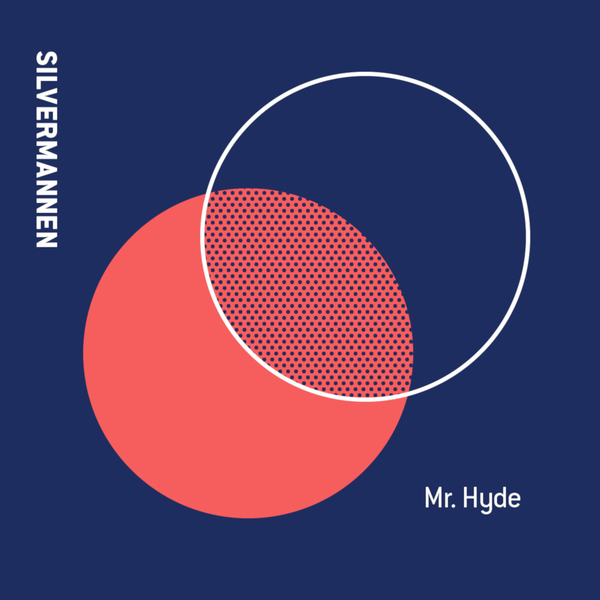 On 19th of April “Mr. Hyde”, the first single from the upcoming album "Mitt i Bilden" by Emerald Park singer Tobias Borelius’ solo project Silvermannen will be released.

Tobias has been working with the producer Carl Granberg (Bob Hund, Tingsek, Danko Jones and many more). The last two years Carl has also been working with Råå, a drone project created by Magnus Svenningsson of Cardigans. This might not be heard on “Mr. Hyde” but most definitely on the upcoming album. “Mr. Hyde” has a more upbeat and joyful sound, which, combined with the dark, personal and violent lyrics. creates a somewhat frightening combination.

“Silvermannen moves slowly and silently through a harsh but beautiful soundscape where present and past do not exist. He listens and observes the surroundings, but does not bring anyone to justice. No super powers, no rock, no arch enemy, just a big heart.” 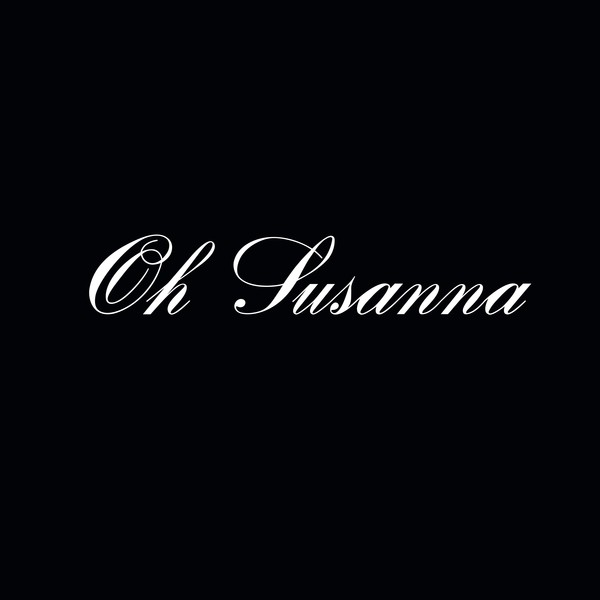 I come from Alabama with a banjo on my knee!

As you might remember the debut album “Ghost River” of the Danish Dream Pop duo BlackieBlueBird was released end of last year and has since received fantastic reviews. After their first concerts the band decided to release a cover version of “Oh Susanna” written by Stephen Foster in 1847, which is considered to be the very first global “pop hit”. It is a song well-known in numerous versions with varying lyrics that opted to eliminate the racially offensive language of the original.

BlackieBlueBird has recorded their own version, elevating “Oh Susanna” to the dreamy and feverish song it always deserved to be known as. You can find the download or stream of the song at Bandcamp, Spotify, iTunes and many more digital services. 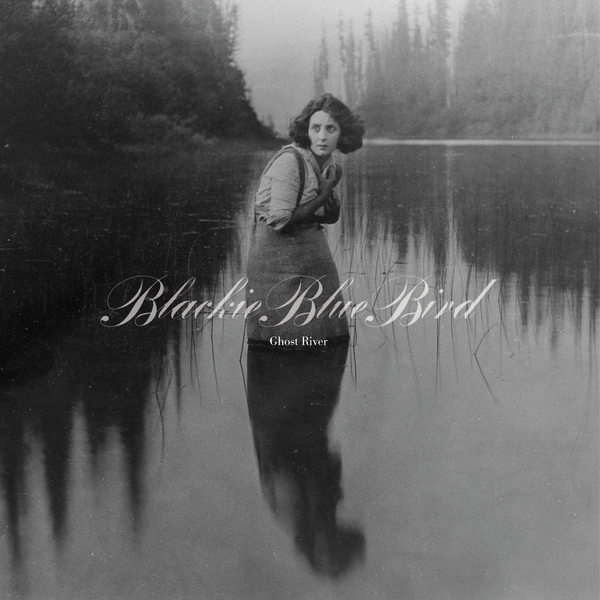 BlackieBlueBird are the vocalist Heidi Lindahl and the composer Nils Lassen; together they create delicate torch songs of reverb and echo that captivate the listener with resonating guitars, lap steels, mandolins and a choir of mermaids that sporadically embraces Heidi’s golden voice. The echoes of love and longing, hellos and deceiving goodbyes live within her unique and clear vibrato.

GHOST RIVER symbolizes a subterranean river of memories that flows beneath our cities while on the surface we live our lives behind walls, among buildings and clamorous streets, ever pursuing our hopes and dreams. Unaware that deep within we are influenced by the GHOST RIVER, we fulfill what lies in our destinies as tiny twigs floating along the flow of a gentle water stream.

Resembling a dream, GHOST RIVER is an album that dwells in a drumless, cinematic atmosphere filled with romantic soundscapes of yearning desire and melodic choruses that caress the ear in a liberating and cathartic way.

All songs are written and produced by Nils Lassen. The album is a cooperation between T&E Records, Poisonic, and Aenaos Records.

afmusic is celebrating its 10-Year Anniversary with the CD compilation “Join the Dark Side, We Have the Music!”. The 14-track album, to be released on November 2, includes songs from the label’s main artists Principe Valiente, Golden Apes, The Search, (((S))) and The Silence Industry, as well as unheard and rare material from bands the label has worked with in the past years.

afmusic can look back at more than 150 digital releases and a successfully established strategy to offer a large part of the repertoire as a net label under a free license. Next to those, there have been more than 100 CD or Vinyl releases in the Dark Wave-, Gothic-, Post Punk- and Independent-Genre.

But this compilation is much more than looking back, it’s also a preview of things to come.

With previously unreleased tracks from Golden Apes (“Voykova” is taken from their upcoming album “Kasbek” to be released in March 2019), Emerald Park, Principe Valiente, The Silence Industry, Shearer and Supreme Soul this compilation takes the listener to the future of Aenaos Records.