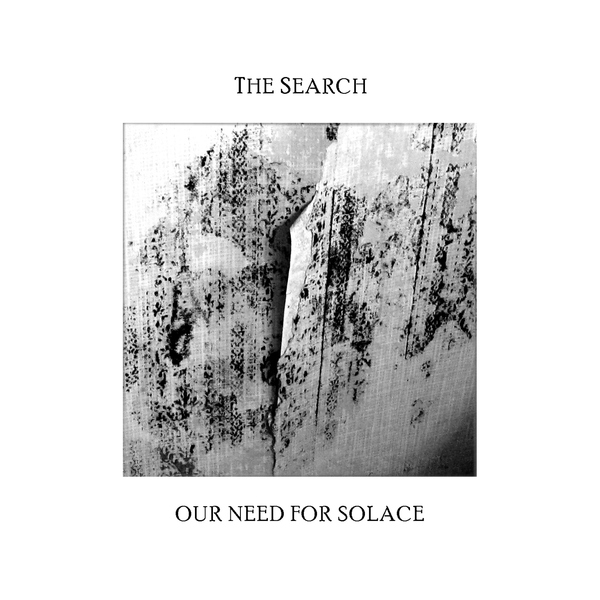 After the rock oriented “Staying Alive in a Country Industrialized” in 2012 the musical journey of The Search entailed touring their native country Sweden, performing in Germany and recording their seventh long player “Our Need for Solace”. The Swedes, alongside the heart and soul of the band Razmig Tekeyan, have created a passage to their earlier works through a fusion of past and present.

“Our Need for Solace” comprises Dream Pop in a way similar to 80s melodic Wave- and Rock-classics and proves once again Razmig Tekeyan’s ability to include plenty of life experience into the compositions and lyrics. The album is the band's best effort to date with songs like the jangly “You Deserve More” and the danceable “Wake Up From Your Electronic Hallucinations” as well as the melancholic somberness of “Some Pick On The Weakest After Sensing Their Fears.”

Fans of Wave and Indie Pop/Rock should definitely have a listen! 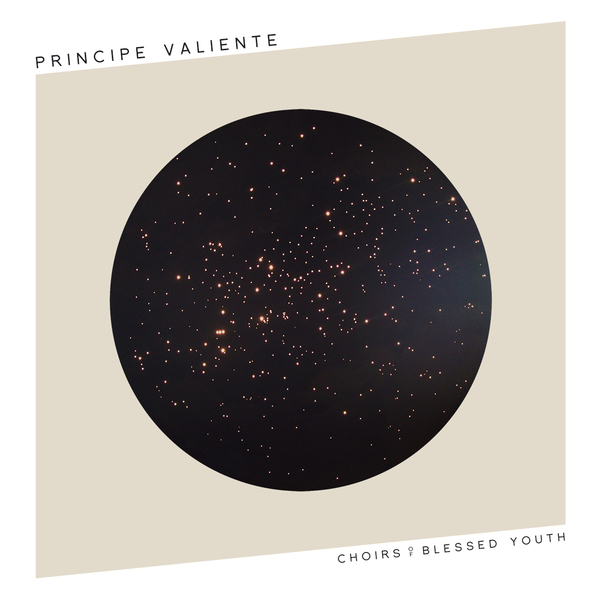 The Swedish post punk / shoegaze band PRINCIPE VALIENTE and their dark architect Fernando Honorato, mesmerized their listeners with their exceptional self-titled debut album in 2011, resulting in an extensive and successful tour throughout Europe. Having shared the stage with Peter Hook and The Light, Peter Murphy (Bauhaus) and playing at the WGT Festival in Leipzig (Germany), the band started to prepare their second album "Choirs of Blessed Youth".

Last year part of their new work was unveiled with the singles "Take Me With You" and "She Never Returned", a collaboration with producer Niklas Björklund and star producer Ed Buller who was responsible for their mixing and mastering. The official videos of both singles were produced by Videomaskinen (Tony Ahola, Niklas Kärreskog).

With "Choirs of Blessed Youth" PRINCIPE VALIENTE have managed to make an irresistibly beautiful and intense continuation of what was started in their debut album. Resting in the shadowy arms of melancholy, their refined sound glistens with a coating of elegant darkness captivating the listener’s heart. 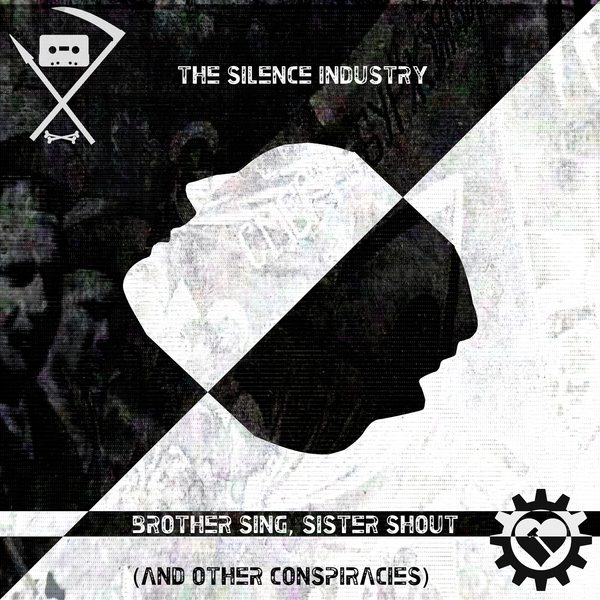 The Silence Industry's "Brother Sing, Sister Shout (and other conspiracies)" was initially released in 2014 on Enough Records. The release contains 7 new tracks of their signature sound blending elements of Gothic Rock with prog, noise, dream-pop and folk influences. 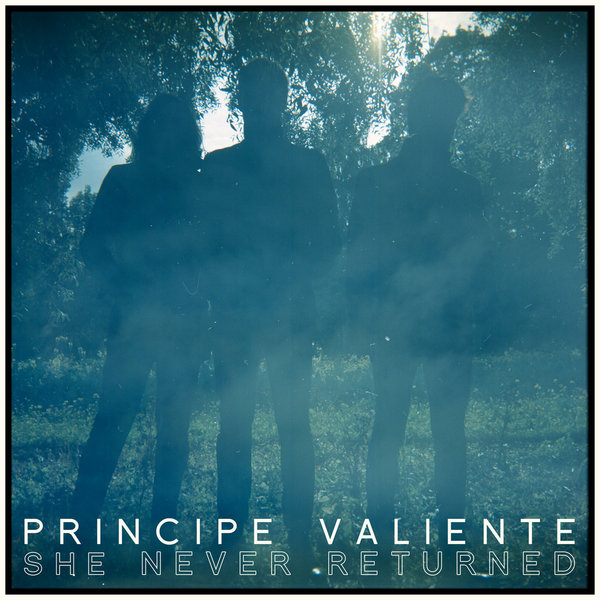 In May this year, the Swedish post-punk / shoegaze band Principe Valiente, left the door to their new album a little ajar, allowing a glimpse of the collaboration with producer Niklas Björklund and star producer Ed Buller, who was responsible for mixing and mastering their first single “Take Me With You”.

“She Never Returned” is now the second single of this collaboration, proving that the band continues to carve out their own path with excellent consistency. Without sinking into depression, Principe Valiente combine their stylish melancholy with aesthetic sadness once again, offering a loyal companion for the upcoming stormy autumn days and dark winter nights.

“She Never Returned” is available for download through all major online stores and the band’s Bandcamp page. 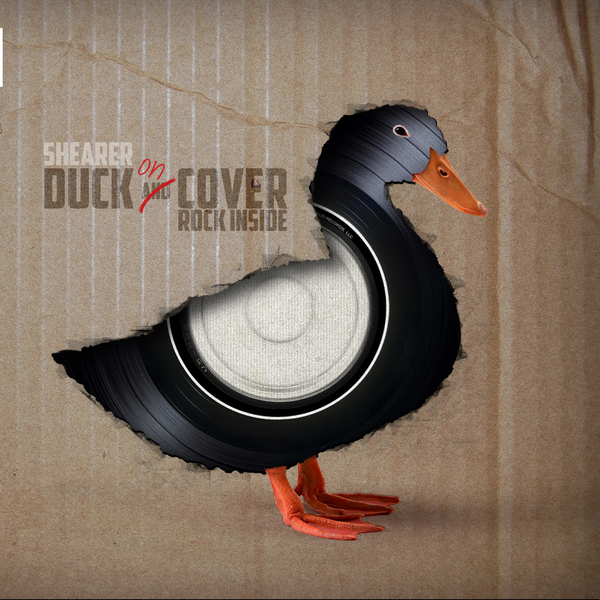 After a three year break the time has come: SHEARER publish their fourth studio album DUCK ON COVER. And that's good reason to get excited. It's easy to see how the band has further refined their music without morphing into something new entirely. Brave, uncompromising melodies and intelligent arrangements go hand in hand with surprising musical twists. Familiar strong emotions and a new energetic serenity show that SHEARER have found themselves without treading water.

The themes in DUCK ON COVER are darker than those on previous albums. There are still SHEARER-like questions about life and being, but there are also more oppressive visions and crushing fears. Song titles like "The Future Is Lost", "No Love", "War Machine" or "Without Your Ghost" speak for themselves.

Like the predecessor "Monument", the new album is a guerrilla style home production. Only the rooms have changed: SHEARER moved from their singer's closet to their bass player's store-room. The recording vlog at WWW.SHEARER.DE gives visual insight into the process.

In the end the many hours in the store room were more than worth it: DUCK ON COVER is the most honest and most polished but also the rawest SHEARER-album so far. Actually it's quite clear, that it's the best SHEARER-album ever. Again. At least until their next release.

With DUCK ON COVER SHEARER will once again play an important part in the underground free music scene. That's the way SHEARER are - ignored by the mainstream media, but loved by rock enthusiasts who don't settle for what the MAFIAA (TM) put on their plate (look 'em up if you don't know 'em). In that sense you don't get guerrilla rock for free - you have to earn it. 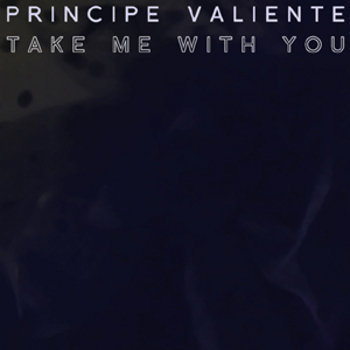 After their outstanding successful debut album in the year of 2011 and a copious touring through Germany & Europe, the swedish post punk / shoegaze band around head of Fernando Honorato returned to the studio to work on the follow‐up album. As a first foretaste, the single “Take Me With You” will be published on May 10th as a download on afmusic.

In collaboration with the Swedish producer Niklas Björklund, Principe Valiente produced “Take Me With You”, while star producer Ed Buller, who amongst others worked successfully with bands such as Suede, Pulp and White Lies already, is responsible for the mixing of the track as well as some more on the upcoming album.. 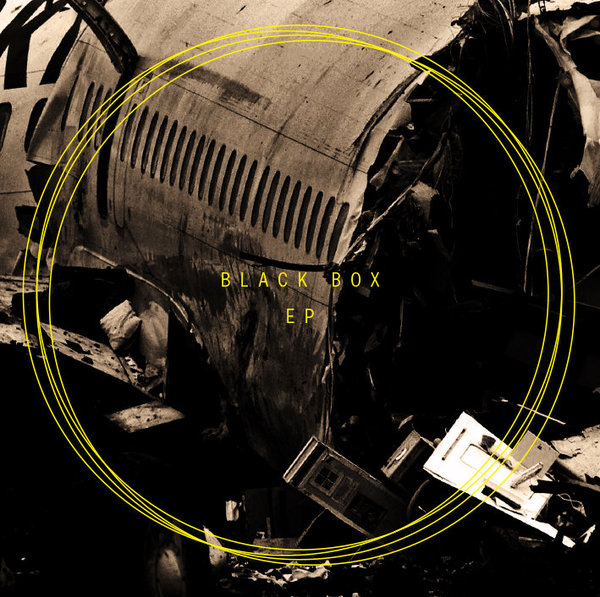 A year after the home produced Absolute Zero Emerald Park is back with the studio produced "Black Box EP". The sound is familiar from previous releases - indiepop with a touch of melancholy, Martina and Tobias voices in harmony and quirky lyrics. The recording procedure differs somewhat from earlier recordings. Song form, arrangement is this time the product of a collaboration where everyone in the band were equally involved. When coming to the studio everything was settled. The idea has been - what you hear in the headphones is also what you will hear on stage.

Emerald Park can be traced back to 2002. In the ten years since the band has made a musical journey through different genres, from alt.country from powerpop to today's hybrid of lo-fi, Stephen Merrit, indie, Americana and Indie Canada. The band has garnered a huge success with the songs licensed as Creative Commons. Over 2 million listens and downloads on sites like Jamendo.com, Bandcamp and Archive.org and Youtube Licenses for example, One Direction, Mexico State, and 100's of extreme sports practitioners speak for themselves. 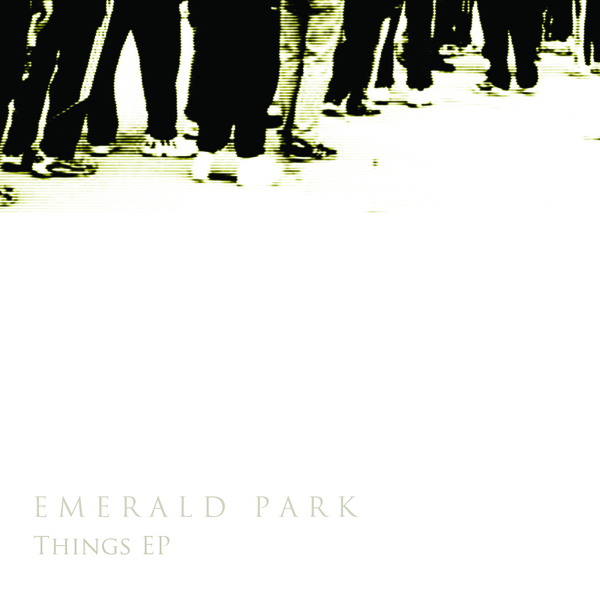 The "Things EP" is a collection of great songs taken from the album "Absolute Zero", b-sides and the upcoming "Black Box EP". 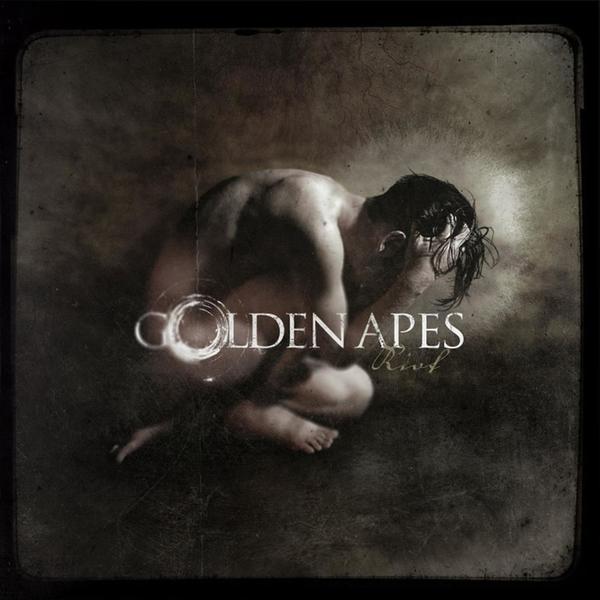 It's no contingency that RIOT is an unusual simple title for a Golden Apes album and it is no contingency as well, that meanwhile the 7th studio album of the Berlin-based Gothrockers sounds noticable direct and resolute. Because the last two years were a time of continuous change and alteration, of upswing and shift for the band.

And so Riot is caesura and conclusion similarly, last point and new chapter. It is the musical essence of a band, that never brooked catchyness and artistic standards as an incoherency and which remains true stylistically to itself, but defines itself anew over and over again.

Musical basement of the sextette are catchy melodies, woven in a texture of strong guitars, elegiac sound landscapes and dark, melancholic vocals, on which pictographic, surreal lyrics build up, that form a lyric full of mystic and disturbing fascination between dream and reality, philosophy and trivial emotions. 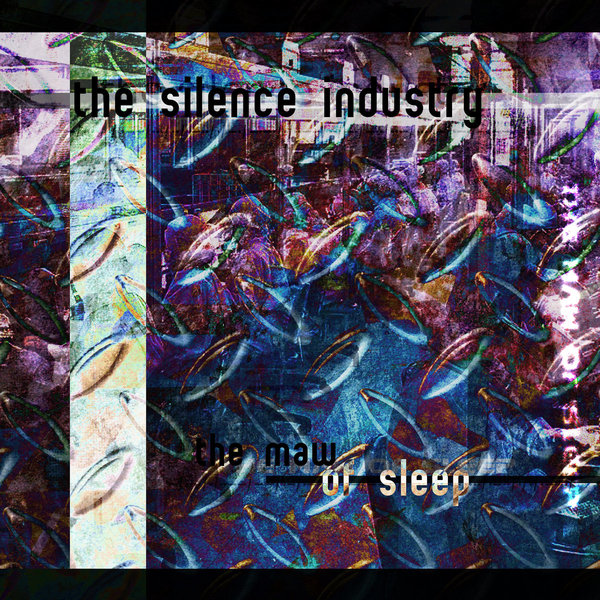 Since 2007 the Canadian Graham J., mastermind of the band, bestows us again and again with releases, that blast off a lot of musical borders. Noise, Progressive Rock, Post Punk, Gothic Rock, even a pinch of pop is part of the music. That oneself can merge all those styles successfully to a top quality album, is proven once more with “The Maw Of Sleep” by THE SILENCE INDUSTRY. Familiar quality meets new ideas and gets packed into the mentioned alloy, to offer a firework of this unique music to old as well as new fans. 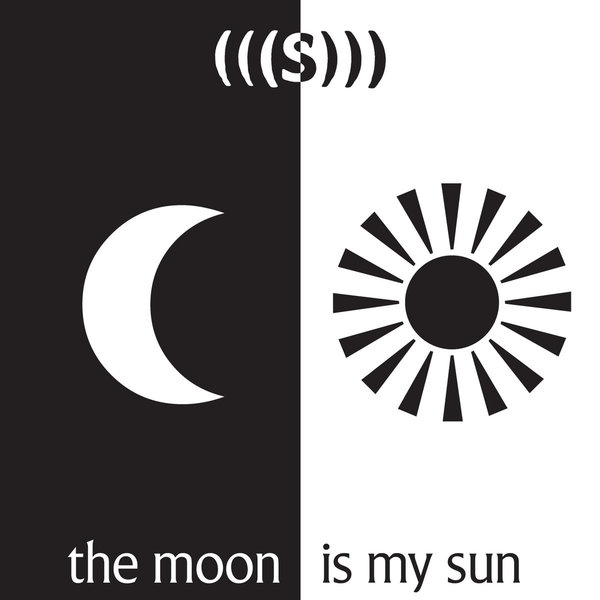 Meanwhile known as a chameleon of retro-music, (((S))) start out once more to open up new areas with their music. Precisely said, the newest work "The Moon Is My Sun" is settled in the areas of minmal-synth-wave, that had its high between 1978 and 1983, until 1984 the Lynn-drums were invented and "ruined everything".

Who thinks of this era, will remind of a lot of bands... Who thinks of bands of this era, will end up with thinking of New Order very quick and who listens to "The Moon Is My Sun", will know, that this relation actually applies to this album. Because, what (((S))) offer on their new longplayer, is exactly that kind of synth-wave, that oneself knows out of the best years of this band.

But here noone just copies, but own ideas get perfected by the New Order-sound, to deliver an album to the friends of this era, which makes them revel in memories, beams them back into this era and shows, that even today it’s possible, to revive the beloved, old sound. 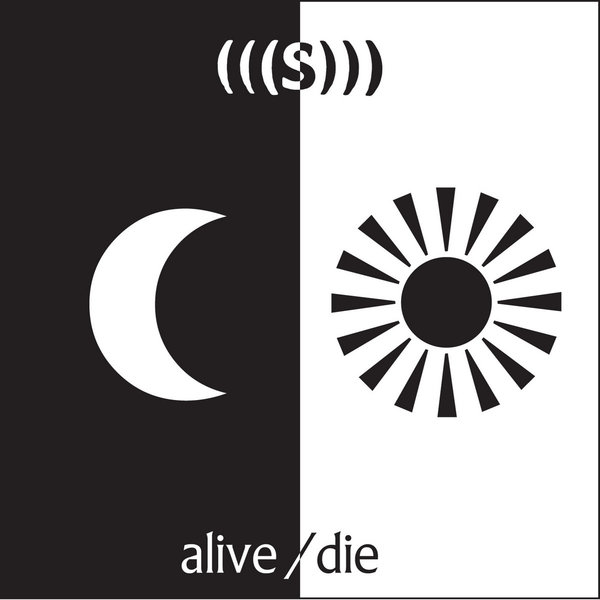 Meanwhile well-known as a chameleon of retro-music, (((S))) start once again, to unlock new realms with their music. So the new songs shift in the realms of minimal-synth-wave, which had it’s high time between 1978 and 1983, until 1984 the Lynn-drums were invented. A time, when bands such as New Order enchanted millions of people with their unique, distinctive sound. The now appearing single "Alive/Die" stands representative for this sound and will be perfected by 3 experimental remixes of known Danish artists.